France’s costume heritage in the building of 18th century building

The history of theatre, opera and ballet is gathered within a former military building, located in Moulins, a commune in central France, capital of the Allier department. France’s cultural heritage is preserved in the “Centre national du costume de scène”, which collection includes around 10 thousand costumes. Most of them belonged to “Opera de Paris”.

The National Centre of Costume and Scenography was inaugurated in 2006. The 18th century building has been used by military, to later be abandoned, and to revitalize in the mid of 80s. Nowadays, a historical monument, it hosts two temporary exhibitions every year. Its permanent exhibition is dedicated to Rudolf Nureev, one of the most important ballet dancers of 20th century. Centre of Costumes and Scenography, a unique one in Europe, as it has a collection especially for scene costumes, attracts large number of visitors, with around 75 000 during a year. The current director is c. 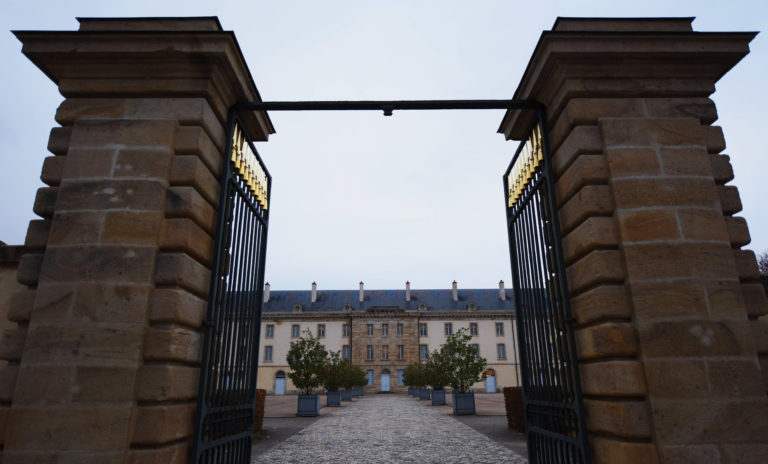 The life of Rudolf Nureev takes a special place in the first floor of the Center. His costumes and personal belongings as well, are part of the permanent exhibition. A forty-minute documentary on his life, is also available for the visitors. Nureev’s costumes from the shows in “Opera de Paris” are the biggest treasure of his collection. But the ballet dancer, who has also been the “Paris Opera Ballet” director, had a dynamic life. His childhood hides a sad story and he would seek political asylum in France to not go back in his homeland, Russia. His stubborn personality lead him to different non-conventional decisions and his private life was not typical of a ballet’s dancer. Nureev’s costumes, a bag, a picture of his tomb, are also part of the permanent exhibition of “Centre national du costume de scène”. 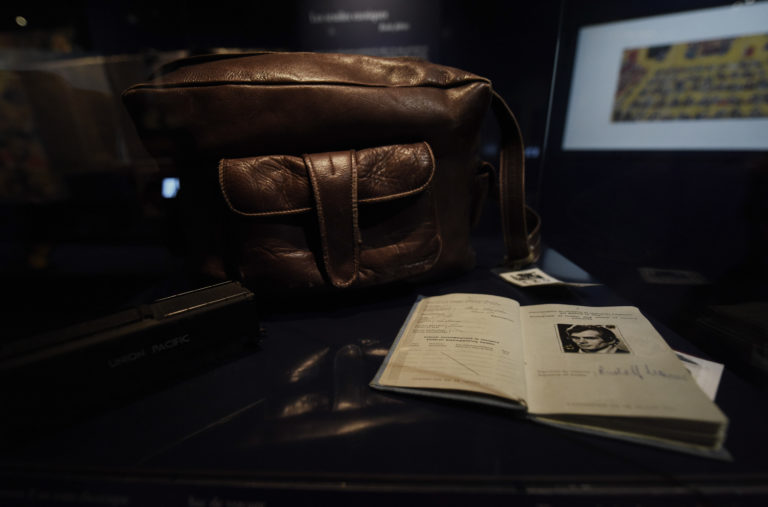 The collection of this Star of the Russian dance who chooses the freedom in Paris, presents aspects of the personal and artistic life of this artist to the exceptional international career. The first showcase reveals some of the most significant stage costumes of Nureev’s career, such as the doublet for the role of the Prince in the pas de deux of The Nutcracker (1962) which is one of the first costumes worn by Nureev after his defection, that designed by Ezio Frigerio for the role of Romeo in Romeo and Juliet (1977, London Festival Ballet) Italian-inspired, or that for the role of Jean de Brienne for Act III of Raymonda(1983, Paris Opéra) designed by Nicholas Georgiadis, so many material traces of his stage performances. This showcase highlights the remarkable career of the dancer and highlights his essential contribution to classical ballet, both from a point of view of clothing that choreography. Indeed, from his first stage appearances, Nureev abandons the panties, keeping only the tights, and modifies his doublets. As the years go by, he shortens them and hats them at the waist, releases the neckline and pulls up the sleeves. All of these aspects of his life and career and on display at the Center. 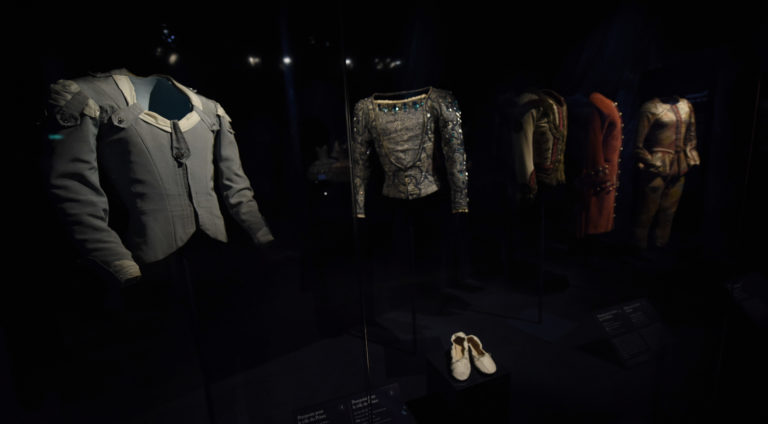 Pascale Vassy, a guide of “Centre national du costume de scène”, welcomes visitors from all over France and abroad. She starts telling the story behind the building where Center of National Costume is located.

“They didn’t know what to do with the building.It was totally abandoned and it started to fall apart. There where even projects to completely tear down this building. Later some people from this town started to react because they know the beauty of the exterior and the interior. They asked for experts from Paris to come over and those experts decided to put this building under the umbrella of the historical monuments and the building was saved”, explains Pascale, while having a tour inside the building.

The Opera of Paris was among the first institutions to be interested on giving its collection to the Center.

“There was a great opportunity because the Paris Opera was planning to do the inventory of each of its stage costume and sets. And despite the fact that they had three different locations where to station them, they were running out of space for about five thousand stage costumes. And they were interested on this place. We are just 2 hours and 30 minutes away from Paris. Being in the center of the Paris, on the crossing path for many city, this place was ideal because it could host stage costume for many opera houses”, tells Pascale. 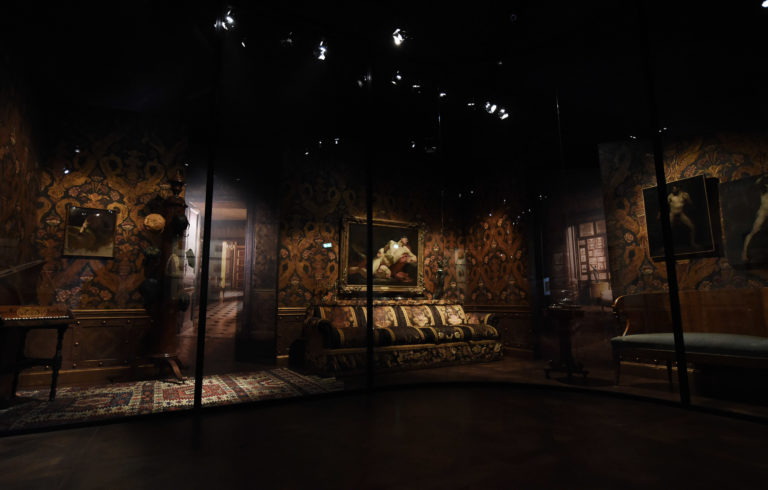 But, Opéra of Paris, was not the only institution to collaborate with the Centre Nationale de Scene Costume.

She adds that the Center has temporary exhibitions twice a year, each of them lasting five months. As for the permanent exhibition, it was opened when they got the approval from the Nuriyev foundation .

“We are the one and only museum in Europe dedicated to stage costume.  So we have costumes wore by him or that have been designed for his productions, and have been wore by his dancer at the Paris Opéra.We also have something that belonged to him. His couch coming from his Paris apartment or painting coming from New York”, says Pascale.

There are 32 people working in the Conservatoire National du Costume de Scène.

“We are now elaborating on politic of extension. There is a building and it is going to be dedicated to stage sets. And it will allow us to expend our collection. Now we are being contacted by many opera houses, artists and theaters that want to bring their stuff here”, tells Pascale, adding that the Center has collaborations with different opera houses and theater, by borrowing their costumes. They borrow costumes from different countries, including Germany, England, New York city etc.

“The Conservatoire National du Costume de Scène”, currently is organizing its next exhibition, inviting visitors to plunge into the universe of the greatest musicals “My Fair Lady in The Sound of Music” through “Grease”, “Cabaret”, “Cats”, “The Phantom of the Opera” or “42nd Street”. As written in the official website, CNCS has gathered more than 100 costumes that trace the history of this theatrical form mixing comedy, song and dance.