Inside beautiful, fashioned, enchanted Lyon, where trends of modern world are obvious, a cuisine lover, can explore further and discover the traditional restaurants known as ‘Bouchon’. In these kinds of restaurants, everything still remains the same. Café des Fédérations is a good starting to feel the atmosphere, especially for pork lovers, which want to try dried sausages, offals or some other specialties like duck pate.

A Bouchon lyonnais is a type of restaurant found in France especially in Lyon that serves traditional lyonnaise cuisine. Compared to other ways of French cooking the dishes there are quite fatty and heavily oriented around meat. There are approximately twenty officially certified traditional bouchons, but a large number of establishments describe themselves using the term.

A thing that it’s attractive while waiting to get a table on the rush hours, in Café des Fédérations, is exploring the funny pictures hanging on the wall, old pictures of the Bouchon, or just some old marionettes « Guignol », that display a part of French culture as well. 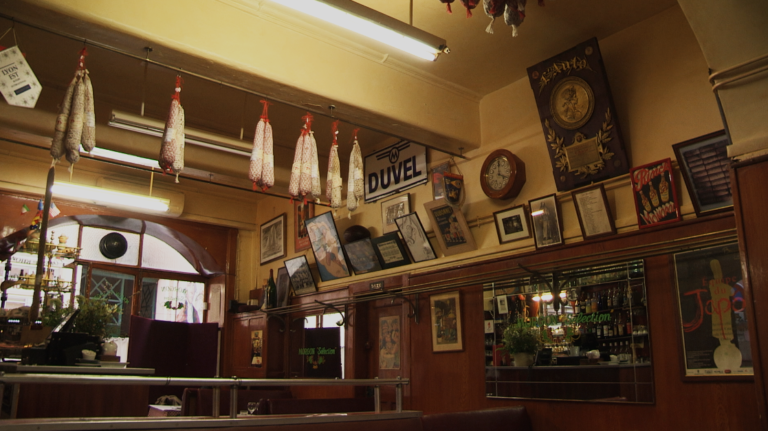 “Places like this represent the typical Lyonnais taste and style and you can’t find them somewhere else”, says Jean-Luc Plasse, the owner of Café des Fédérations. He used to come to this restaurant for more than forty years, and he felt in love with it. It took him so many years to convince the old owner to sell the restaurant to him. He was raised seeing his grandmother working in the kitchen and in a café restaurant owned by her, so he knew immediately that he wanted to do the same thing. That’s when he decided to have his own place. 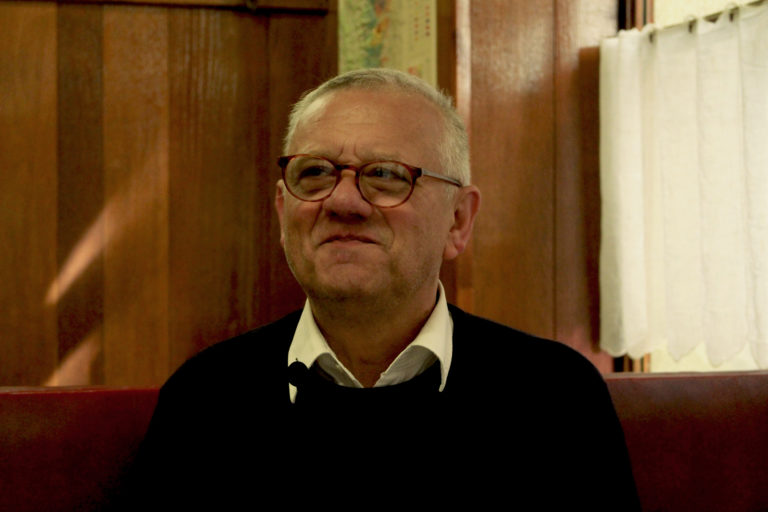 “I love working in kitchen. Working in a restaurant is fun because it gives you chances to meet one people. To make friends while saving our tradition”, says Jean-Luc. To him the biggest challenge is to keep serving delicious food that will make people come back again in his restaurant. The passion that he has for history, food and culture it’s obvious. He is also into old French language. Twice a week, he uses his restaurant to have a meeting with different people and to learn the old Lyonnais language.

“T’es malheureux ? Réfléchi voir un peu ! Et tu verras que c’est toi le fautif !” –You are unfortunate? Think a little bit! You will see that you are the culprit!- is a quote that Jean-Luc says, proofing his skills on the old language. 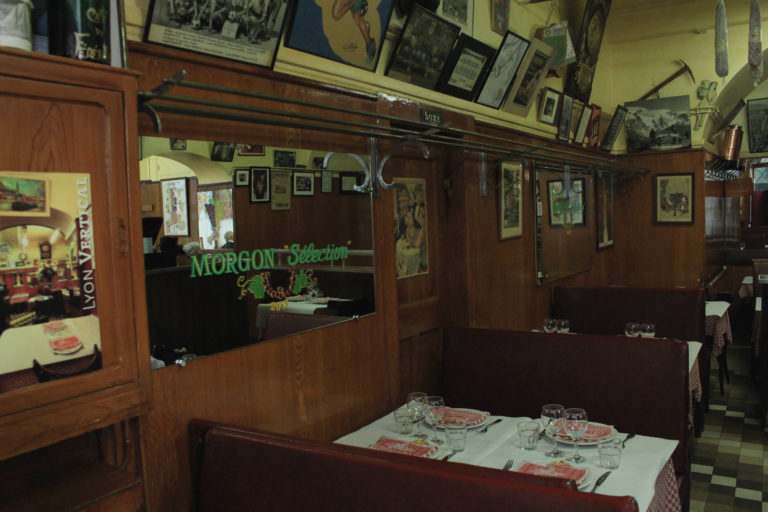 His restaurant, which is located in street ‘Major Martin’ is visited by lots of people during the days. 30 percent of them are now regular clients of the restaurant and 35 percent of them are French. And others are just international clients who love to try the food at this old restaurant. Inside, a visitor can find also local wine that is kept inside an old cellar.

“My challenge is to make people come again to restaurant and eat French food. To emphasis the Lyonnais tradition and make it part of our routine, to keep it as long as we can. For example we have kept our menu the same for so many years”, says Jean-Luc.

According to the dictionary Le petit Robert, the name bouchons derives from the 16th century expression for a bunch of twisted straw. A representation of such bundles began to appear on signs to designate the restaurant.  Even today, there can be found different versions about the origin of the name Bouchon. 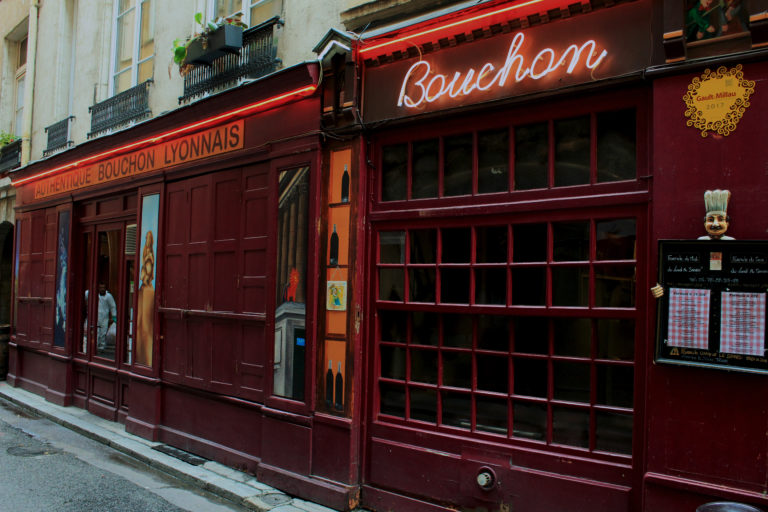